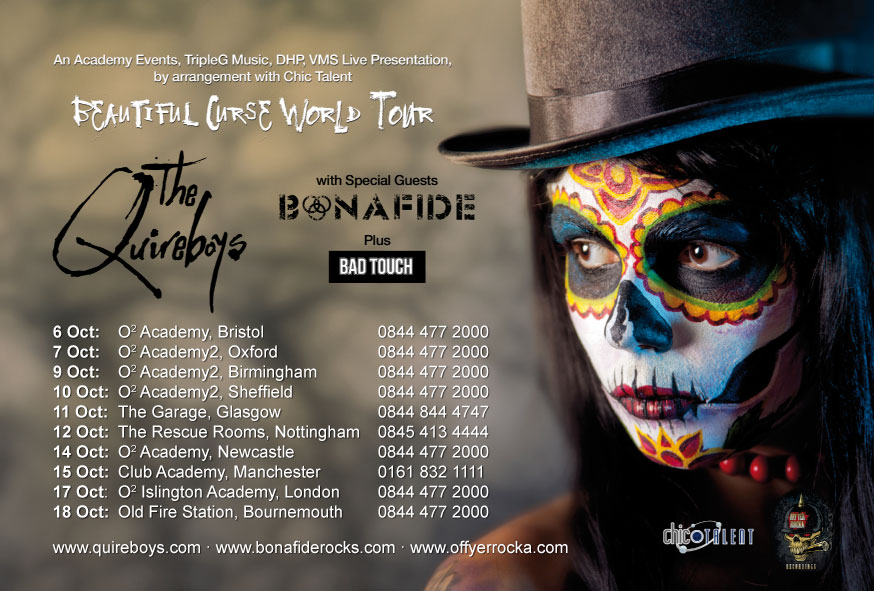 In December 2012 Bonafide played the last show on their Ultimate Rebel Tour, their most successful UK tour to date, and as you have probably guessed by this DVD launch, the cameras were rolling…

Messin’ in Wales captures Bonafide at its best, live in concert, 120 decibels of pure rock’n’roll debauchery on the main stage at the sixth annual Hard Rock Hell Festival. Regarded by a huge chunk of press and fans alike, as the highlight of the whole festival, Bonafide performed songs from their entire catalogue making this 60 mins of pure adrenaline fuelled fun most definitely a gig to remember.

Messin’ in Wales closes another chapter in the rebels rock’n’roll saga that is all about, the rise and rise of Bonafide, as they gear up for the release of their fourth studio Bombo album September 1st!

Fall/winter 2013 European and UK tour dates to be presented soon!